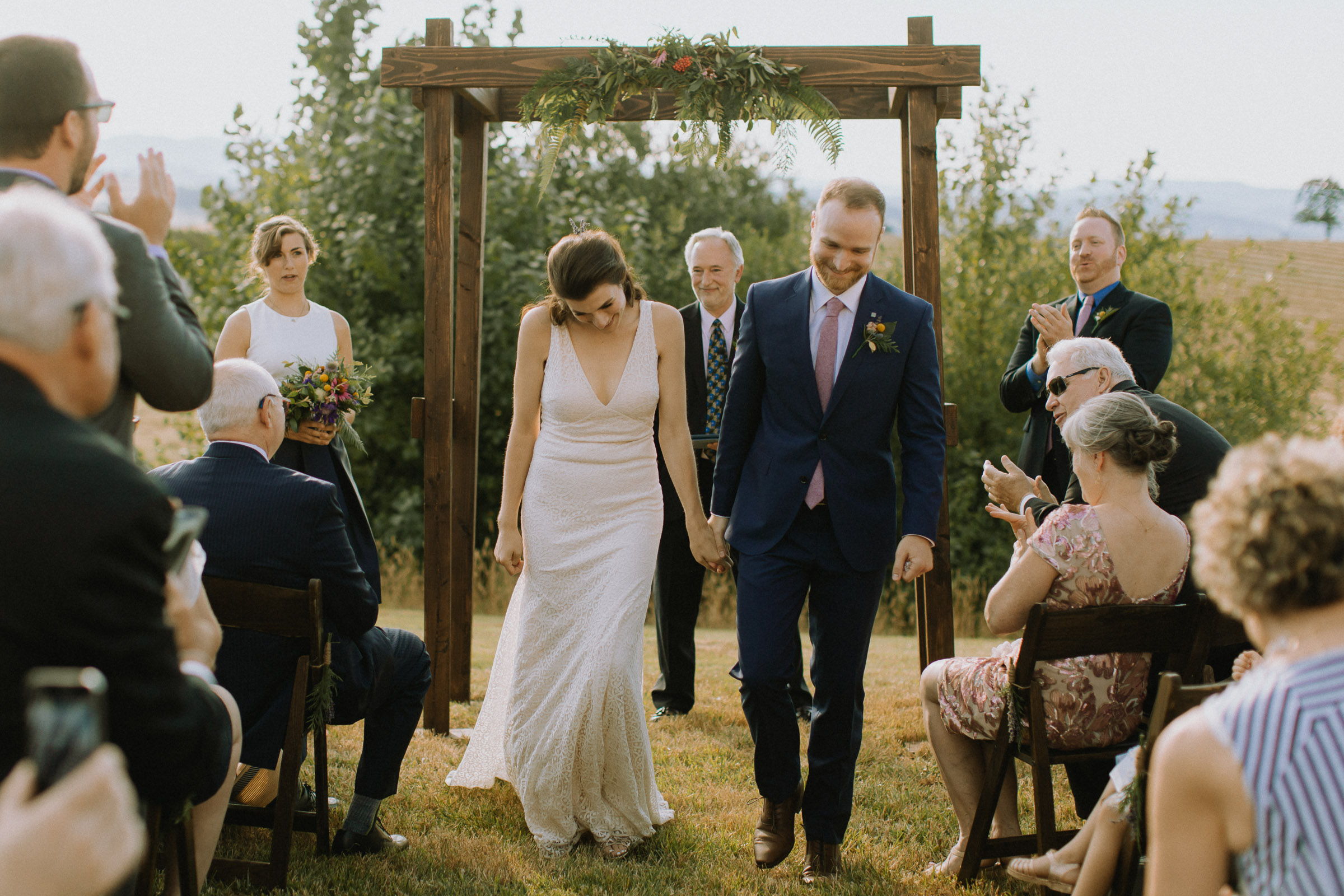 If I didn’t believe in fate before, I think I do now.  Sarah and Matt contacted me this past January while I was traveling throughout the middle east, in Israel and Jordan.  On the particular day they chose to contact me, I had been in the Biblical town of Cana.  When I saw that they were getting married at a winery called Cana’s Feast, named after the very town I was in, I hoped and prayed they would book me because I took it as a very auspicious sign that we were meant to work together.  They did, and their wedding was one of the most beautiful celebrations of love I have ever had the pleasure of documenting.

Any wedding where the bride and groom opt to have a champagne sabering is a party, but that was just one small detail that made up this fantastic celebration.  The most refreshing thing about Sarah and Matt’s wedding was that they chose to infuse every aspect of their wedding day with details and memories that were important to them.  In a time when couples often feel pressured by tradition or social media to create a wedding that looks like others that have come before theirs, Sarah and Matt seemed to strip that all away and only leave the aspects that were true to them as a couple.  Their wedding location, Cana’s Feast, is traditionally not a wedding venue, but the couple is friends with the head winemaker and chose to marry there because the space had grown so meaningful to them.  They envisioned a celebration that showcased their love of food and wine, so the winery was a perfect fit.  Matt’s grandfather, who had passed away a few years ago, was a minister and had performed many of the weddings in the family previously.  In order to honor him and this tradition, they asked Matt’s uncle to officiate their wedding in his place.  After the ceremony, the couple enjoyed a leisurely cocktail hour, where they were able to mingle with family and friends and create beautiful, lasting memories.  Many couples rush through this part of the day and say they feel like they missed so much, yet the slow and laid back pace of Sarah and Matt’s day was a joy.  To showcase their love of fine cuisine, they hired Crown Paella to come and prepare two different versions of the beautiful Spanish dish on site.  Behind the sweetheart table was a wall made up of all their wonderful memories they made while dating, including a cardboard deer head, which played homage to one of their favorite date games, Deer Hunter.  Following heartfelt toasts, all guests moved from the dining area to the dance floor, where another love of Sarah and Matt’s was shared: music.  The Junebugs, a band the couple were very excited about, played into the night and nearly every guest danced clear through the last song.

I hope a wedding like this will inspire future engaged couples to plan a wedding for themselves.  Of course, a wedding is about the coming together of family and friends as well, but it should not cater to their tastes.  Sarah and Matt made their wedding a celebration of not only their love, but also everything they love and share as a couple.  They presented these things in a beautiful way that allowed family and friends to truly appreciate them.  Lastly, take note of all of the veggies.  Sarah’s love of veggies was subtly on display all throughout the decor from veggie baskets to rainbow chard in mason jars!

This is a incredible wedding you captured! Beautiful place and also love your style! Love the back story to this

This Oregon wedding is so beautiful! You did an amazing job capturing all the moments and details!

Oh these are so down to earth and BEAUTIFUL. I cannot believe this is Oregan Wedding Photography– I thought it was in Italy or Spain! I love the eye shot 🙂 And Paella?! What a dream wedding <3

What a beautiful collection of Oregon wedding photography! You photos really express the laid back feel of their wedding. And who would’ve thought to use vegetables at wedding decorations?! I love it!

What a fun and elegant location for a wedding! I loved their backdrop behind them during the toasts. And you captured so many sweet candid moments.

I lived in Oregon for a year, and never stumbled upon this winery — something I’m totally regretting now! This venue is absolutely gorgeous! I love all of the details from this wedding — her shoes are amazing <3 Beautiful work!

What a beautiful location to get married. Love all the pictures. You have shot all the candid moments beautfilflly. Wonderful editing too.

what a gorgeous wedding! You absolutely killed it!! also I am so in love with her dress!

THAT DRESS!!!!! oh my how beautifully you captured all of the details! you are seriously talented

This Oregon wedding is everything! Tapas? First looks? Champagne bottle busts! I love it! Your use of light is incredible, and I love the mix of strong sunlight and soft backlighting. Gorgeous work and special memories. Congrats to the couple!

What an incredible Wedding Day! Love the first look photos and all the details. It looks like everyone had a fabulous time celebrating this beautiful couple.

These are all so beautiful from start to finish! Gorgeous setting, gorgeous wedding, and gorgeous couple. You really captured the day so well.

These are stunning! You did such a great job shooting in that bright sun!!

What an absolutely stunning event! Love how the uncle stepped up to take over officiating duties. And all that food looks delicious. What a beautiful wedding!

Gorgeous wedding! I love how you captured all the details <3

Oregon is so lush! Just love these wedding photos – especially the beautiful detail shots. Such a lovely day.

The detail shots are awesome! I think they definitely get overlooked sometimes, but you did a wonderful job of capturing their simplicity but also showing off how important they are at a wedding

This is gorgeous, Maria!! Wow – what an incredible day. The weather down to the details, and of course the happy couple. Congrats to the newlyweds!

You captured this wedding so well! I love your editing and the soundtrack was also perfect.

What a beautiful setting and backdrop, you did a wonderful job of catching every detail from the begging to end! And who doesn’t love a sparkler exit!!

What a beautiful wedding. You did an amazing job photographing it. I love all the detail shots and the venue looks gorgeous. The couple looks so happy and in love. The socks photo was awesome!

REPLY
Inquire
SEND ME A MESSAGE

MARIA NEWMAN IS A WEDDING PHOTOGRAPHER BASED IN PORTLAND, OREGON. AVAILABLE FOR TRAVEL WHEREVER LOVE GOES.